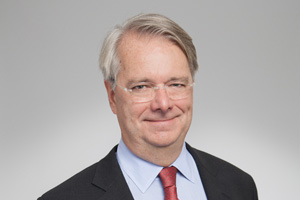 Byron Callan joined Capital Alpha in 2010 after three years on the buy-side, most recently as a Portfolio Manager at Lion’s Path Capital. Previously, he was an analyst and cofounder of Perella Weinberg Partners’ Aerospace Defense Security investment fund from 2007-2010. Callan was a Senior Vice President at Prudential Equity Group, LLC from September 2005-2007, responsible for equity research of the aerospace/defense sector. From 1993-September 2005, he was First Vice President at Merrill Lynch where he also covered the aerospace/defense stocks and was Global Coordinator for this sector. He covered electronic warfare and engineering stocks as an equity analyst at Prudential Securities from 1984-1993. Callan’s research has been recognized by Institutional Investor magazine, where he was ranked for a total of 15 years. Callan is a member of the Atlantic Council. He was recognized in the 2012 and 2013 Defense News listing of the Top Most Influential People U.S. Defense. The 2013 listing observed that "Byron Callan at Capital Alpha Partners remains the leading independent financial analyst covering the sector."